The applications received following the 1923 resolution of the Anzac Cottages Committee provide a trove of information on 108 returned sailors or soldiers, and help fill out post-war stories about these men. This correspondence has been indexed to assist researchers find the names of applicants. 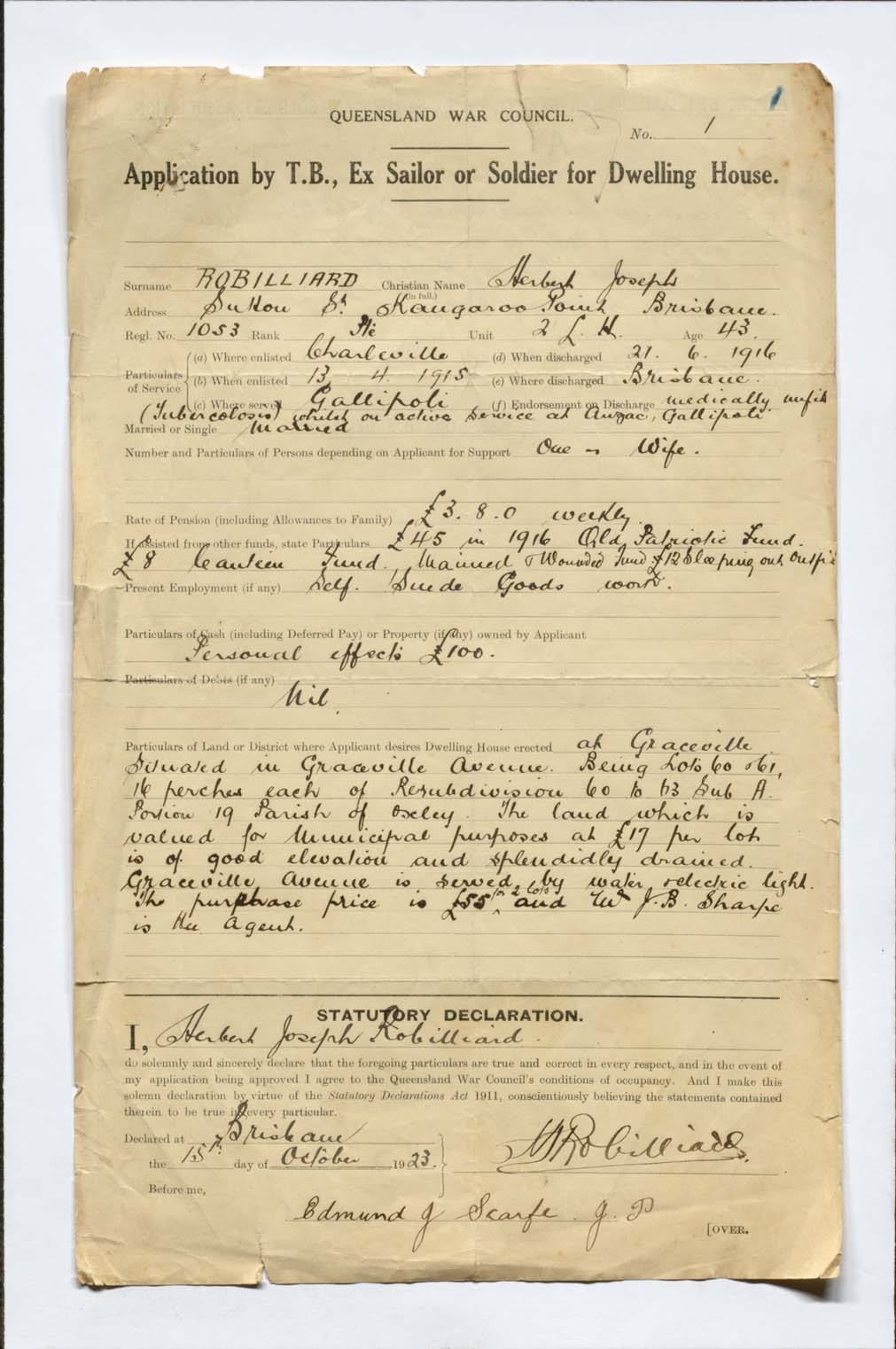 Details in the index include:

A lot of the applications are written around 1923, but correspondence does continue until 1932.

Several applicants, like Percival Buchanan, were writing from the Sanatorium at Stanthorpe. This south east Queensland area with its cool, dry air was considered good for the treatment of the disease.

As one of our Facebook readers commented, the Stanthorpe Sanatorium was a military hospital known as: Tubercular Military Sanatorium “Kyoomba” Stanthorpe, or as Percival Buchanan writes in his application: Kyoomba Sanatorium, Stanthorpe.

Other Queensland State Archives records that relate to this index include: