“A picture is worth a thousand words…” is how the saying goes. In this case it’s not the picture held at Queensland State Archives but the public records that tell the stories. The tranquil ruins of the St Helena prison stores buildings conceal tales of mayhem and murder.

Warder Henry Dodd was buried at Toowong Cemetery on 20 February 1898. If you look closely at the bottom row of the burial register next to H.H. Dodd’s name, you’ll see the faint annotation which reads: ‘Killed by Archer, St Helena’.

William Archer was never tried for the murder because of ill health. He died in prison. The last entry the Brisbane Visiting Surgeons’ journal for H.M. Gaol states he was administered morphine on 7 May 1898. Refer to QSA Item ID 212525, Register – visitors, medical officers for details.

This story does not end there. In a cruel twist of fate, Elizabeth Dale (nee Dodd), drowned after slipping into a dam at the Toowong Cemetary in 1905. More detail about this tragedy can be found in QSA Item ID 1432117, Register of burials for Toowong Cemetery, or in the inquest about the death of Elizabeth Dale (nee Dodd), QSA Item ID 348928, file 56/1905. 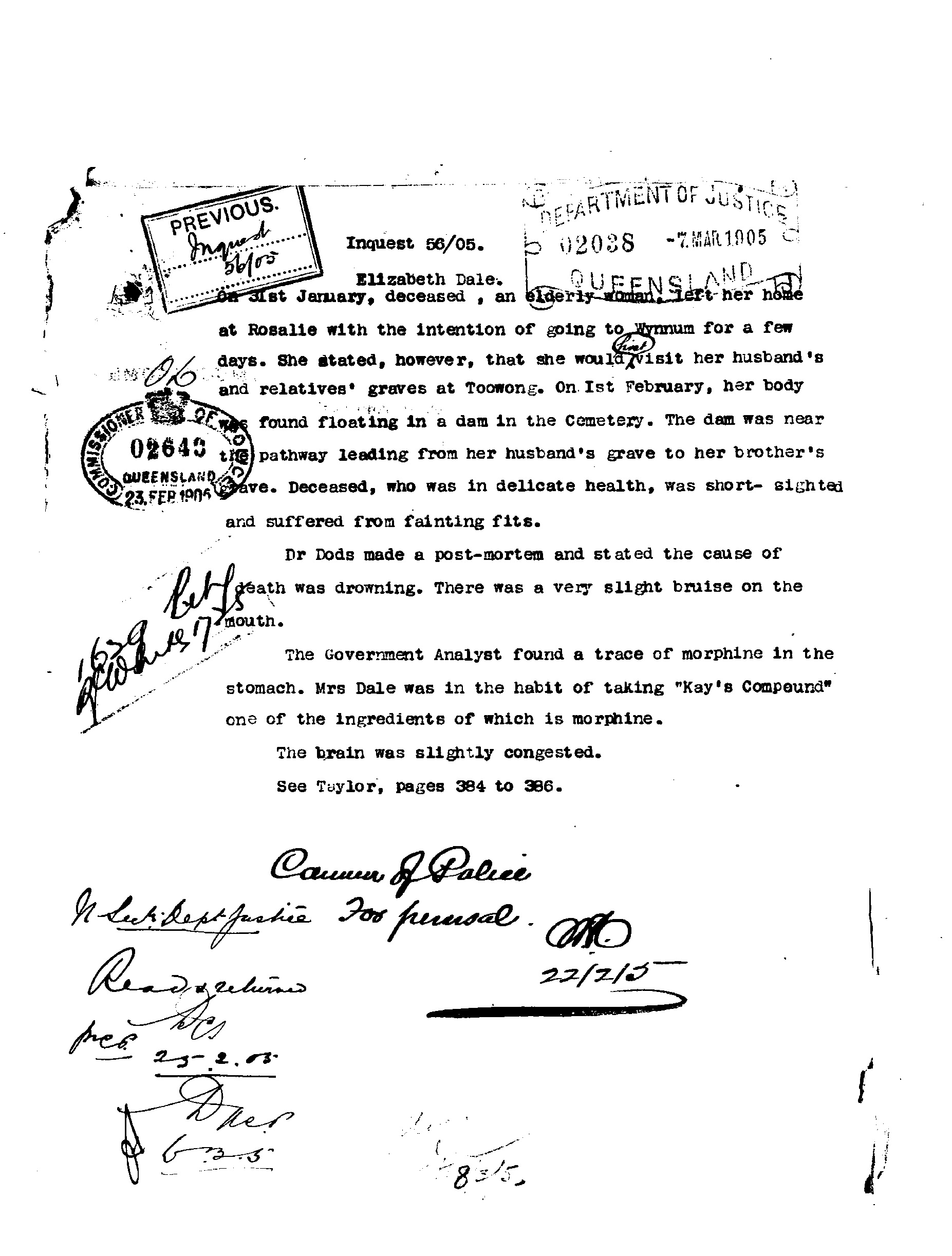