Discovering archival records can throw up as many questions as answers. When staff from the Community and Personal Histories section (Department of Aboriginals and Torres Strait Islander and Multicultural Affairs) located and indexed aboriginal census returns we knew this to be a treasure trove of information, but the questions started:

After further research, we discovered that during September 1915 the Commonwealth Government of Australia undertook a war census. The War Census Act 1915 enabled two approaches – personal cards to be completed by all males between 18 and 60, and wealth and income cards to be completed by all persons aged 18 years and over who owned property and/or received an income. As police and other government officials were asked to display posters prominently, examples of these cards are contained in Police Department correspondence. They were also required to notify people in outlying districts about their responsibility to complete the census cards. 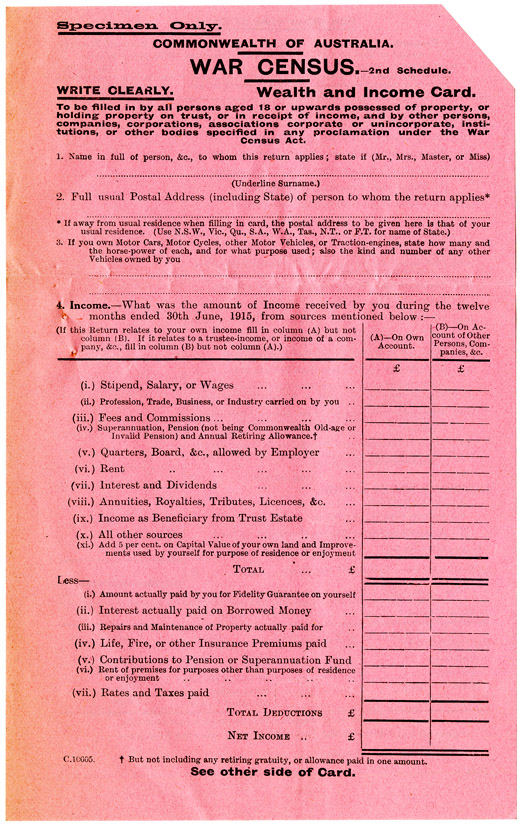 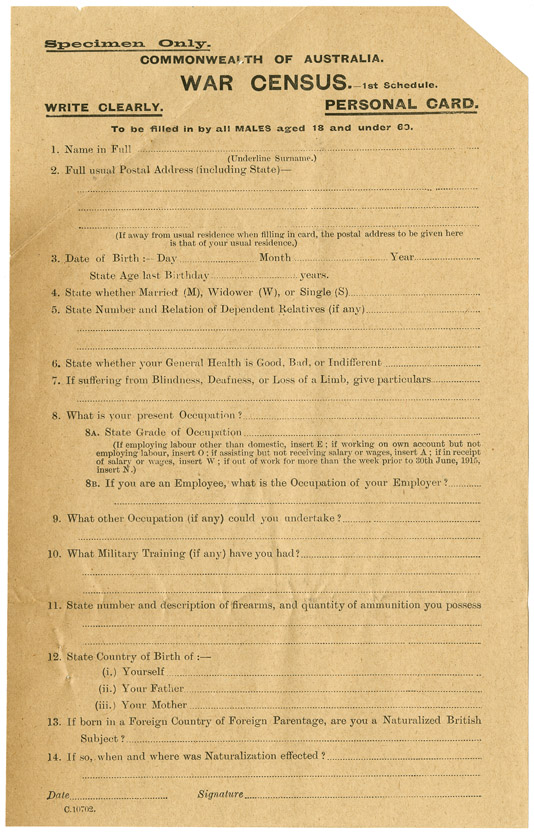 As Mark Cryle explains in the essay Recruitment and enlistment

The census was followed in December by a call to arms – an enlistment appeal in the form of a letter from the Prime Minister addressed to all eligible men inviting them to enlist and asking ‘If they were not prepared to do so, why not?’

In accordance with the national census requirements, the Chief Protector of Aboriginals wrote to each district officer under his control requesting a census of the Aboriginal population, resulting in the lists of Aboriginal people living at various settlements used for war census purposes. Information contained in these lists refers to men aged 18 to 45 and details about the wealth and income of men, women and children can also be included. This valuable snapshot of Aboriginal population information covers geographical areas from Atherton to Yarrabah.

These indexed lists provide a direct link to the recently digitised material. 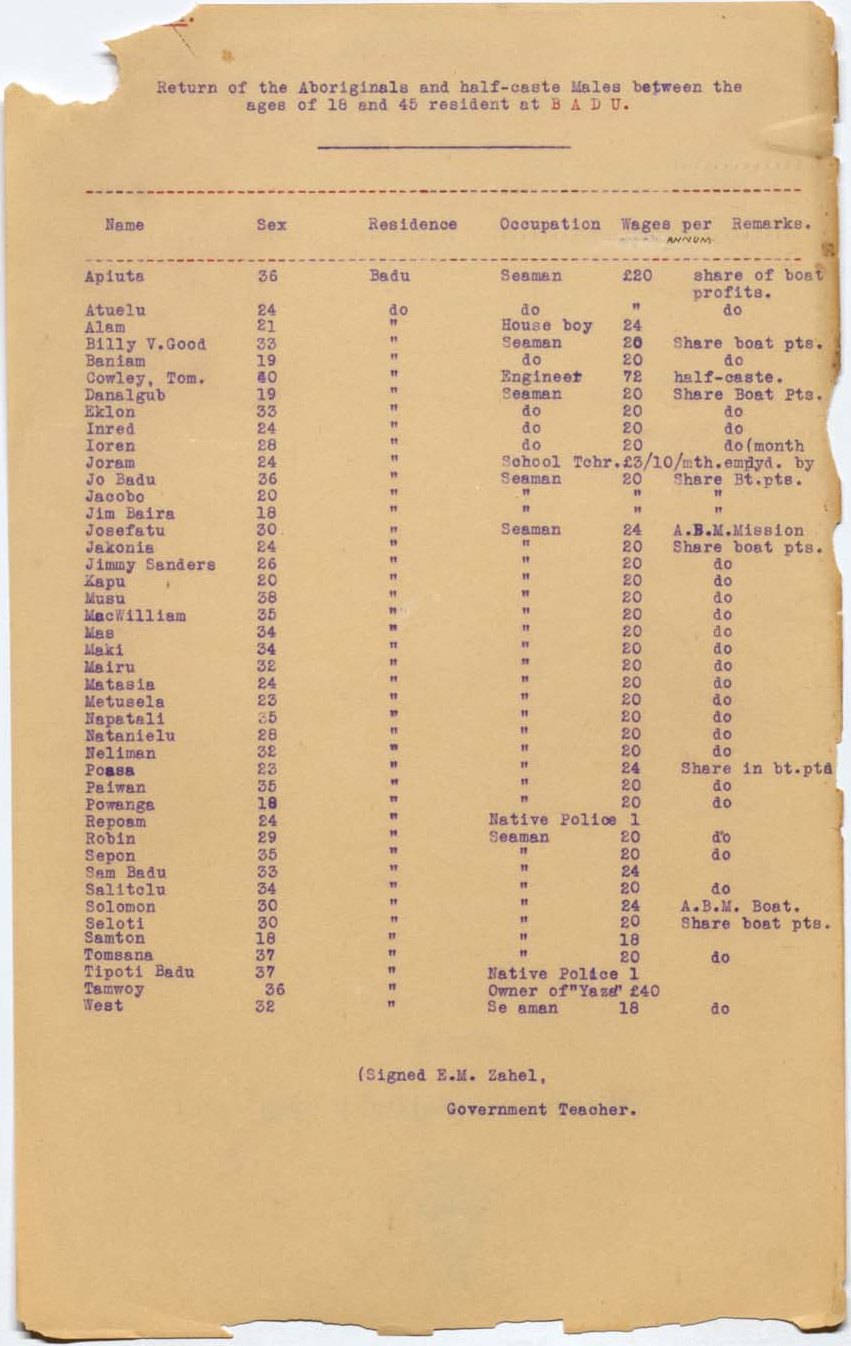