I won’t pretend to know what the troops thought as they left Pinkenba, Queensland in September 1914 or when they left Albany, Western Australia in November 1914 but I’m fairly certain many had thoughts of home on 25 December 1914.

Most of the Australian men who joined the Australian Imperial Force (AIF) in August 1914 spent their first Christmas in Egypt, just four and a half months before the Gallipoli landing that we know so much about.

For a more intimate look at the thoughts and feelings of troops during this time, several Queensland First World War Christmas messages have been selected and included in the First World War Centenary Historypin project. 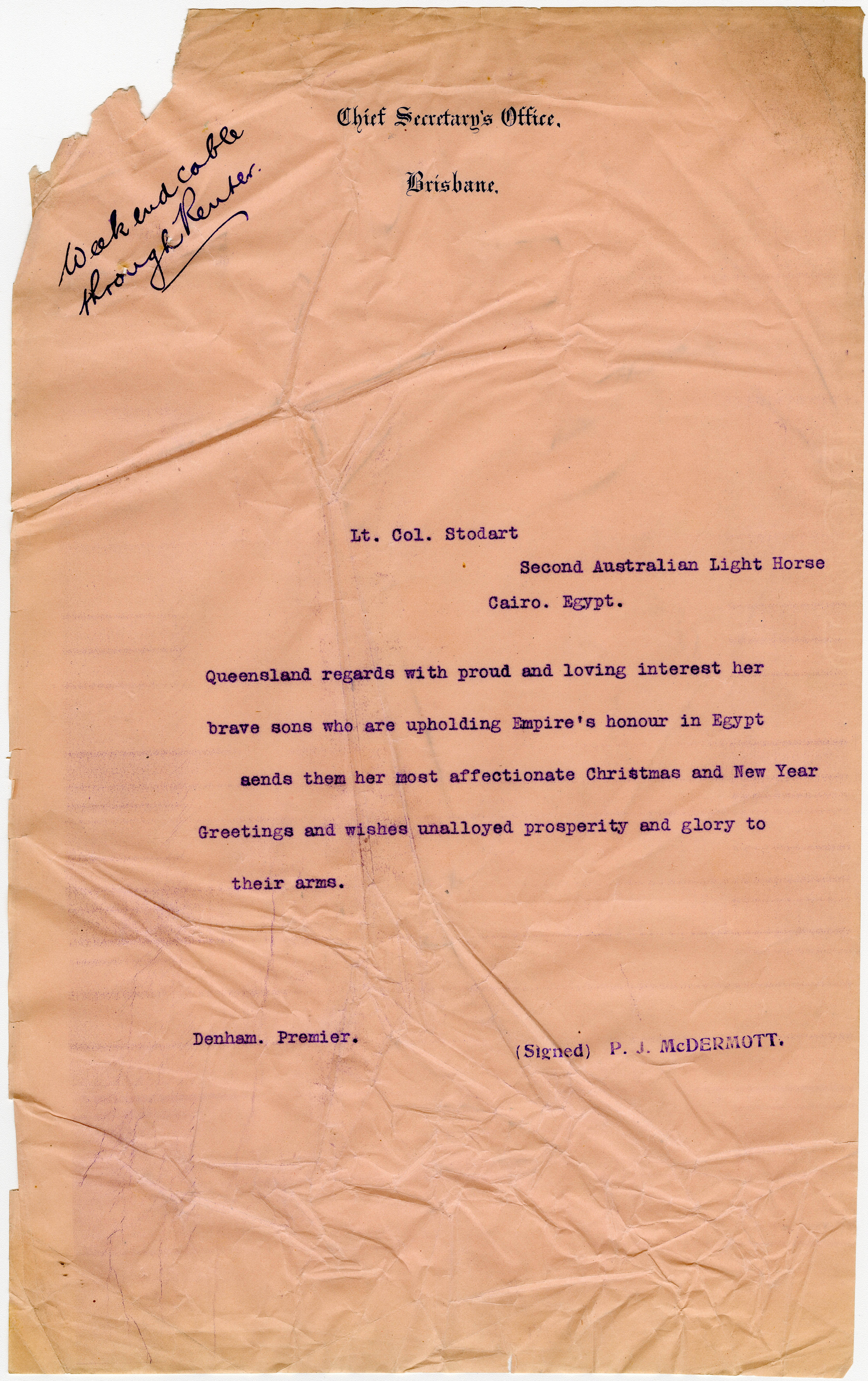 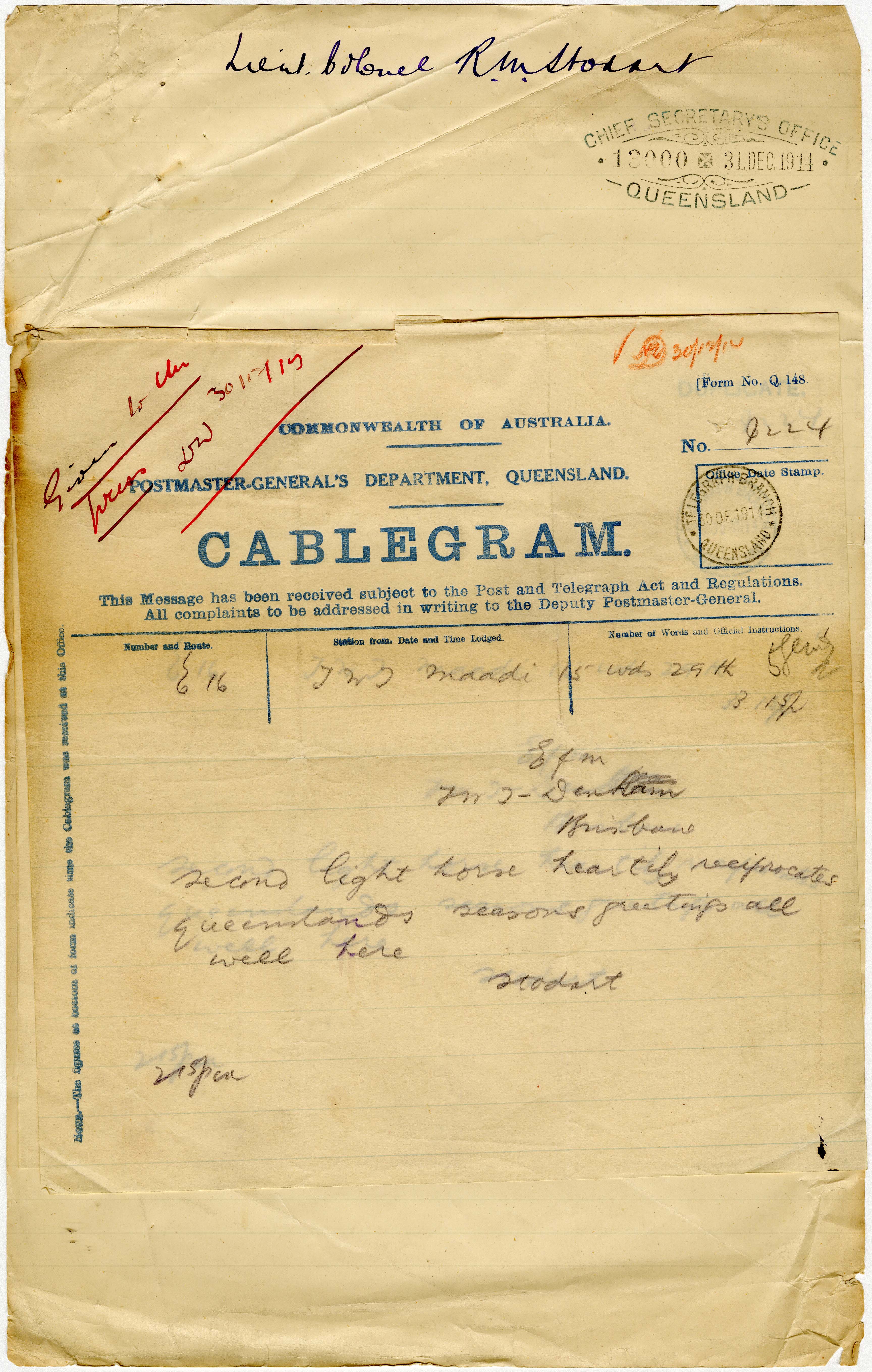