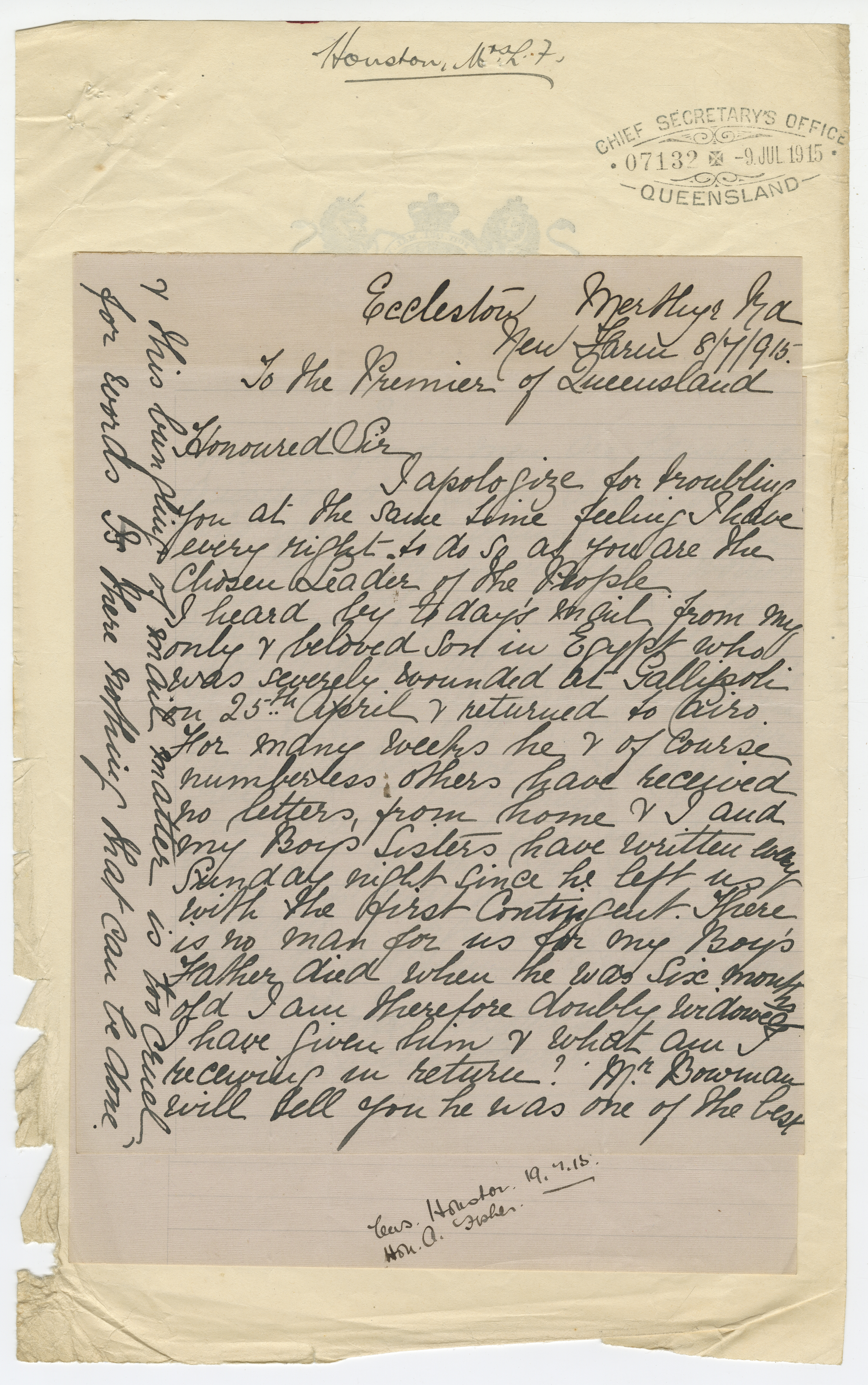 Frank joined the Australian Imperial Forces (AIF) soon after war was declared – on 21 August 1914. He was a sergeant with the 9th Battalion and landed at Gallipoli on 25 April 1915. He was wounded in action on two occasions, was transferred to hospital and returned to Australia in October 1915.

Mrs Houston and her daughters were in the habit of writing to Frank every Sunday night, but when she writes to the Premier in July 1915 she draws his attention to the fact that Frank has not received mail from home for many weeks. The tone and emotive language of the letter indicate how angry Mrs Houston was. She feels “this bungling of mail matter is too cruel for words”. She is obviously very anxious about her wounded son and gives some insight into the worries and concerns of loved ones at home.

Listen to the 2 page letter being read on our YouTube channel:

Information about Frank’s service details was obtained from National Archives of Australia – NAA: B2455, HOUSTON F W LIEUTENANT/180 – and these records show that he subsequently served as Lieutenant with the Sea Transport Service in 1917.

And if you are wondering what response Mrs Houston got to her complaint, the file also contains a letter from the Under Secretary stating that Defence and the Postal Service was not a state concern, but the matter would be brought to the attention of the Commonwealth Government.