So writes Private James Vercoe Solomon (Jim) to his family from Zeitoun Camp at Heliopolis in October 1915. Obviously concerned about his family, Jim writes about his desire for his younger brother to act on his family’s behalf while he, Jim, heads off to the Dards’ (Dardanelles).

Jim asks his brother William Edward Solomon (Will) living at Buruda (perhaps it could be Buranda?) to assist with chasing up a refund for the cancellation of their Cornwall family’s migration to Australia. The family’s passage was booked but their father, Mark Solomon was too ill to travel on the scheduled migration vessel – the Limerick – which sailed for Australia on 9 October 1915.

Further correspondence shows that Will does put an application for refund into the Department of Immigration in December 1915 and signs it William Edward Solomon for James V Solomon – which is how this personal and moving letter made it into Government files. Favourably, the Department officer’s red annotation says Special consideration. 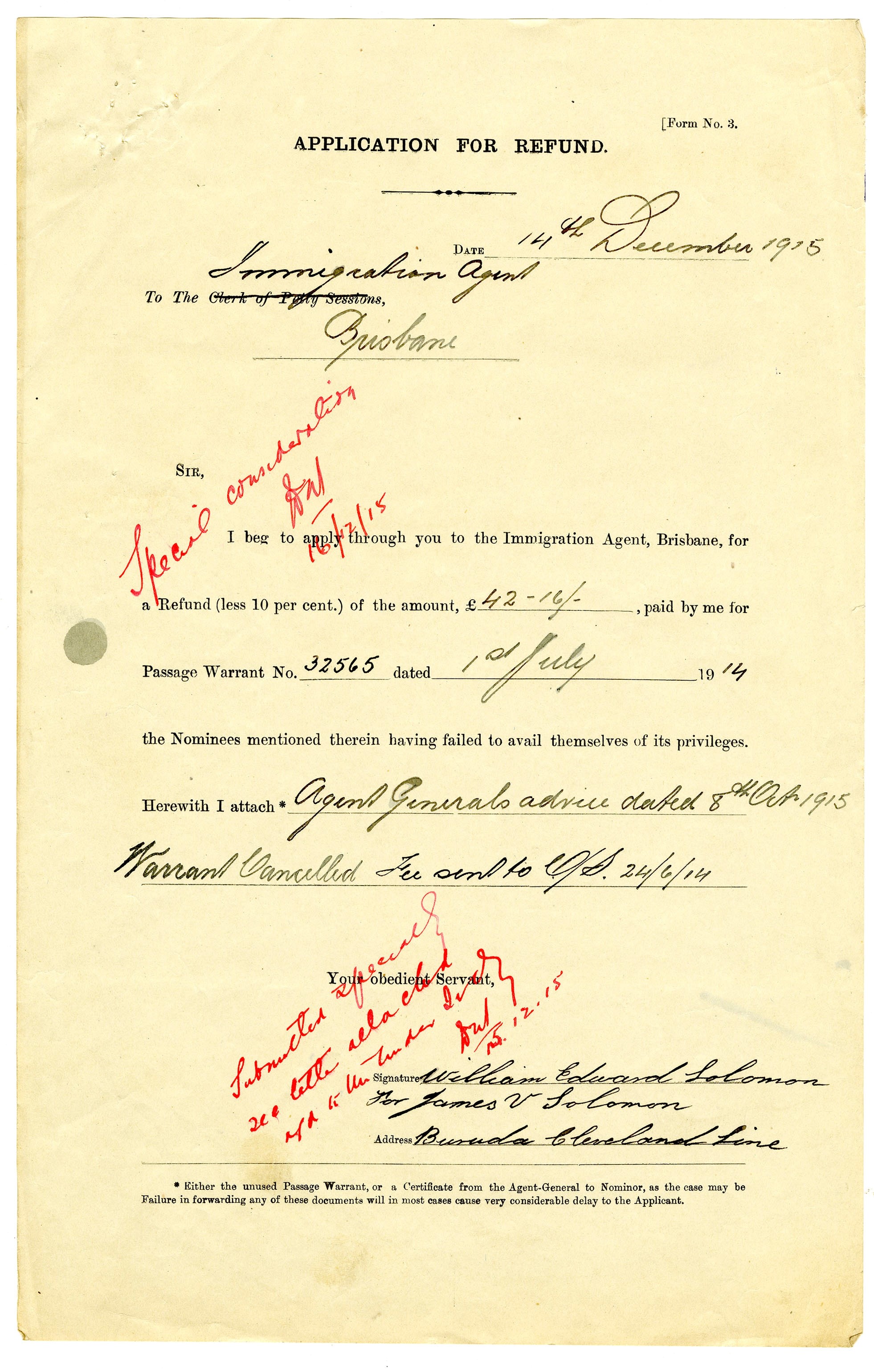 By 22 December 1915 it appears that a partial refund was passed – the sticking point being whether Mark (18 year old brother) had already enlisted from the United Kingdom.

If you’re wondering how the story ends, Jim Solomon was wounded and hospitalised several times and was discharged from the AIF in 1919. He returned to Brisbane and married Gertrude May Warren in 1920. His occupation at the time of making his will was Storeman and Packer. As his wife predeceased Jim, who died in 1962 aged 72 years, the legacies listed in the will were bequeathed to:

Reading the names, you may have noticed that Jim’s brother Will is not listed as a beneficiary. Will Solomon signed up for the AIF in Brisbane in February 1916 and sadly was killed in action in October 1917 in Belgium.

Jim (Service Number 2647) and Will (Service Number 5407) were in France at roughly the same time. One can only wonder whether the opportunity presented itself for the two brothers to reunite one final time before Will’s death.