In January 1898, little Albert ‘Bert’ Hinkler was enrolled at the age of 5 years and one month as student 685 at North Bundaberg State School. Look closely at the school admission register and you will see his rank as Lieutenant was later added in recognition of his career as a world class aviator. 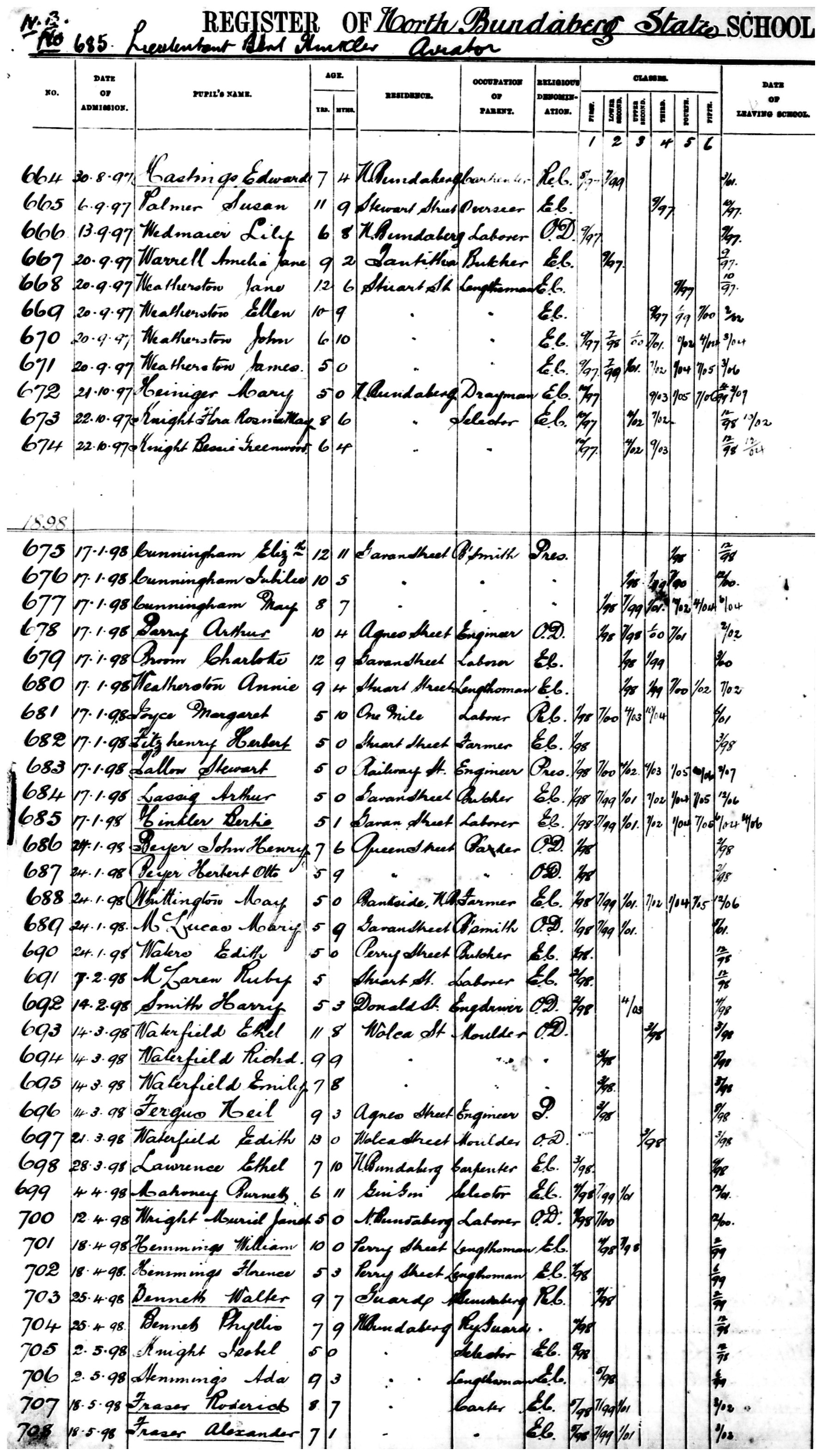 From 1918, Bert Hinkler served with distinction in the Royal Air Force 28 Squadron. The John Oxley Library holds letters Hinkler wrote to his parents, including his 11 July 1918 letter about his graduation as a pilot.

In 1928 Hinkler became world famous when he made the pioneering solo flight from England to Australia in his little Avro Avian. Today such a flight seems effortless, but as Hinkler himself reported, all manner of dangers arose during the journey:

“Australia at last. I landed at Darwin about 5 o’clock after flying over the sea practically the whole of the way from Bima [Indonesia]. I found Bima inconvenient, and put up in a native’s hut. I was bitten continuously by mosquitos, and could not sleep. Out at 4 o’clock ready to start for Darwin. I had a tricky climb with a full load out of the mountains, and then headed for the open sea. I passed over Kupang about 10.30 o’clock then over the more monotonous Sea of Timor for about five hours, when my first sight of Australia, Bathurst Island, caused great joy in the cockpit.” The Mercury, Thursday 23 February 1928 page 9.

After the 18,000 kilometre flight, Hinkler arrived to a hero’s welcome. This photograph of the plane and the welcoming crowds was taken on Queen Street in Brisbane. 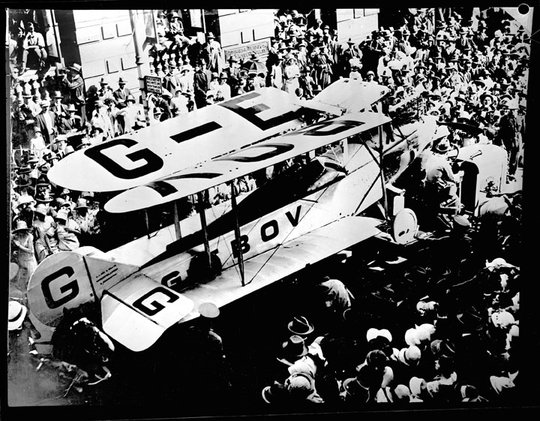 Throughout the flight Hinkler carried on board a letter addressed to the Queensland Premier, the Honourable William McCormack, MLA. The letter was written on 2 February 1928 by the Agent General for Queensland, the Honourable John Saunders Huxham, and is annotated with Hinkler’s signature and statement about its delivery.

Hinkler’s heroism was again recognised when he was awarded the Air Force Cross by King George V a month later. The gazettal notice was on page 1861 of The London Gazette dated 14 March 1928 and the extract is reproduced below. 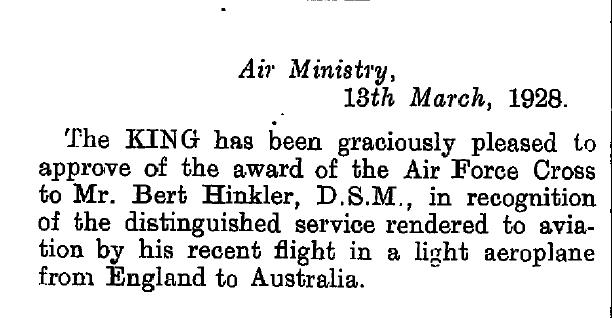 Tragically, Bert Hinkler died after an air crash in Italy. After his death in 1933, the education authorities in Australia decided that on the next Arbor Day trees would be planted in school grounds in honour of Hinkler. This Arbor Day report in 1934 for the Coningsby State School, inland from Mackay, documents a weeping fig was planted “in memory of the aviator Bert Hinkler”.

The city of Bundaberg continues to remember the contribution to aviation made by former student 685 from North Bundaberg State School through memorials such as the one depicted in this photograph taken in Buss Park. The Hinkler Memorial is inscribed with “a tribute to the memory of Squadron-Leader H J L (Bert) Hinkler erected by the citizens of Australia”. 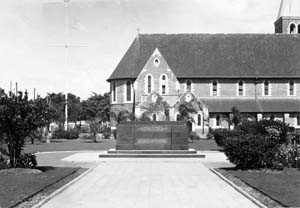 Visit Queensland State Archives to view other photographic images of the statue of Bert Hinkler and his house and garden.