The Glass House Mountains are 65-75 km north of Brisbane. They are the weathered cores of ancient volcanoes formed around 26 million years ago.

They are located on the traditional lands of the Jinibara and Kabi Kabi people. According to Jinibara custom, Mount Beerwah is the ancestral mother and Mount Tibrogargan is the father. Around them are their children.

The name Glass House Mountains was coined by James Cook who sighted them on 17 May 1770, writing in his journal “they are very remarkable on account of their singular form of elevation which very much resembles glass houses which occasioned me giving them that name”.

They were explored by Matthew Flinders in 1799. He managed to climb Mount Beerburrum but was unsuccessful in climbing Tibrogargan. They were also explored John Oxley in 1823, Alan Cunningham in 1829, Andrew Petrie in 1839-42 and Ludwig Leichhardt in 1843.

The area was originally known simply as Glass Mountains and was officially renamed Glass House Mountains in 1935.

From the 1860s the area north of Caboolture was opened up to pastoral occupation and timber harvesting. The area around the mountains became an important area for timber and farming, particularly dairy, tobacco and pineapples. 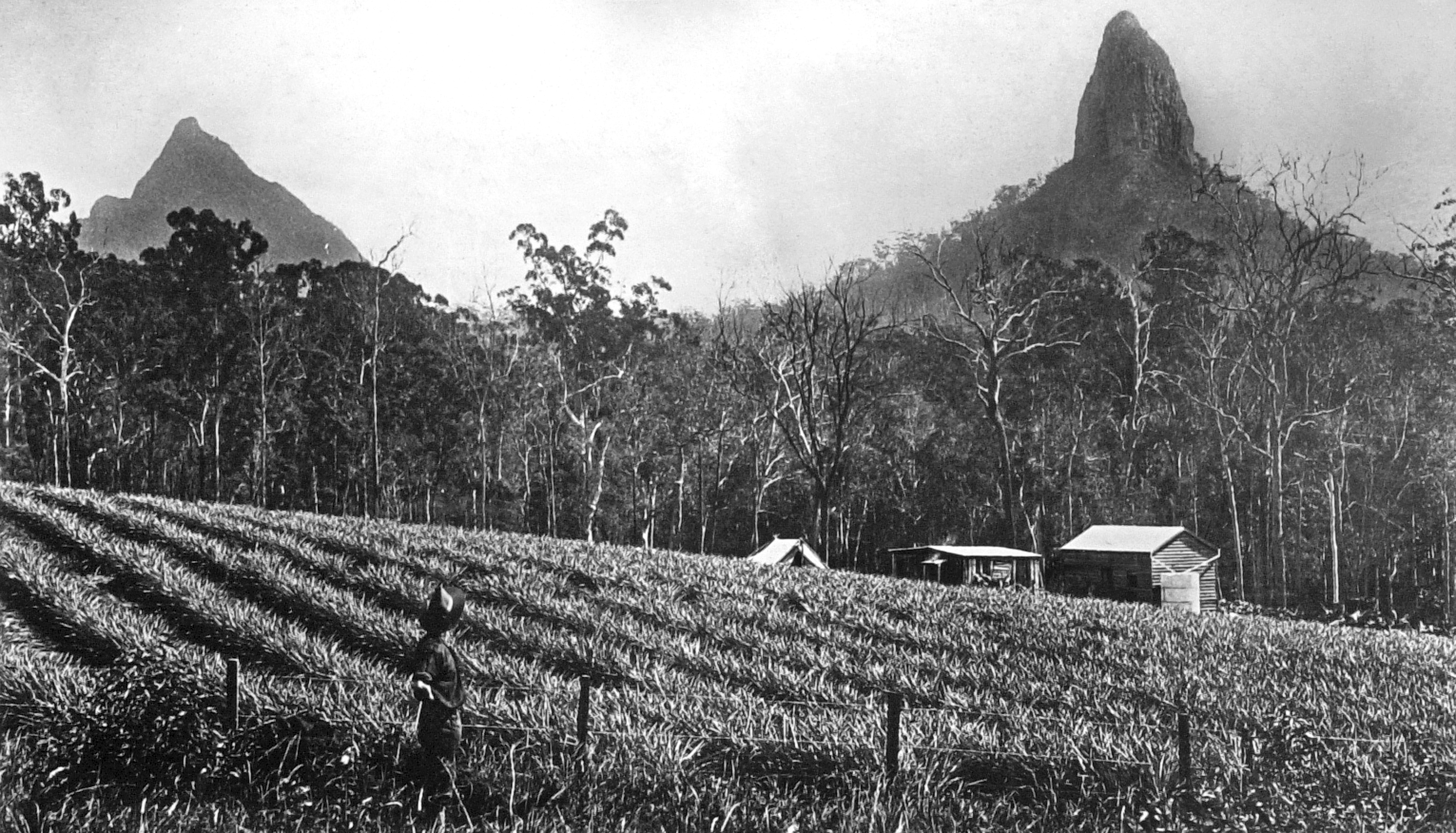 Early transport was difficult with the first road through the area opening in 1839, to the west of the mountains. The opening of Gympie Road made the journey somewhat easier and coach traffic increased from 1867 with the discovery of gold at Gympie. Bankfoot House, on the outskirts of the Glass House Mountains township, became a coach stop on the Cobb & Co route between Brisbane and Gympie. Transport was aided by the opening of the railway from Caboolture to Landsborough in 1890, extending through to Gympie in 1891. 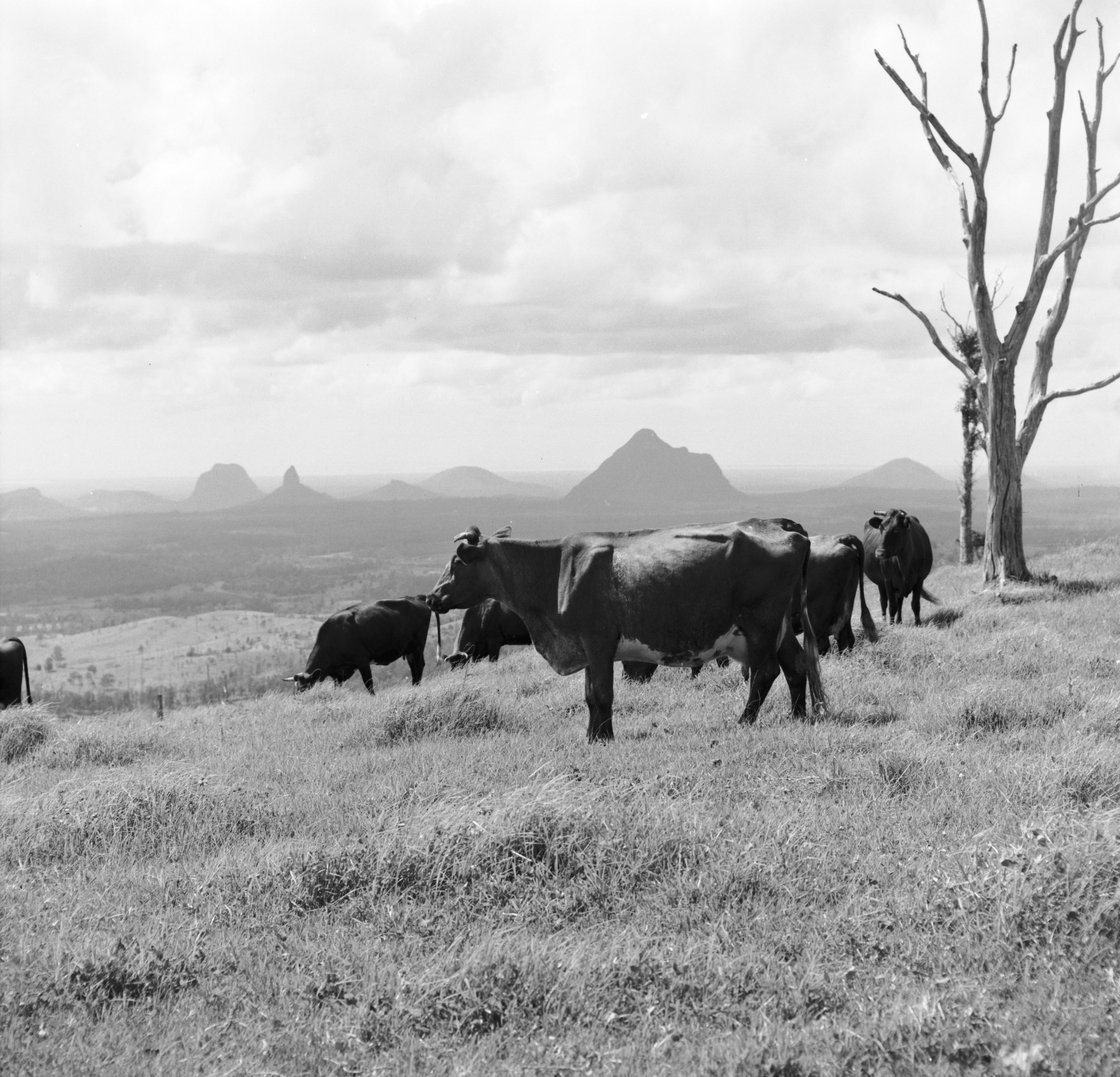