Siblings Michael, Norah and Ellen Murphy were murdered near Gatton on Boxing Day, 1898. All three were killed between 10pm and the early hours of the following morning on their way home from a dance that had been cancelled. Speculation regarding the tragic murders sparked intense interest in the community. 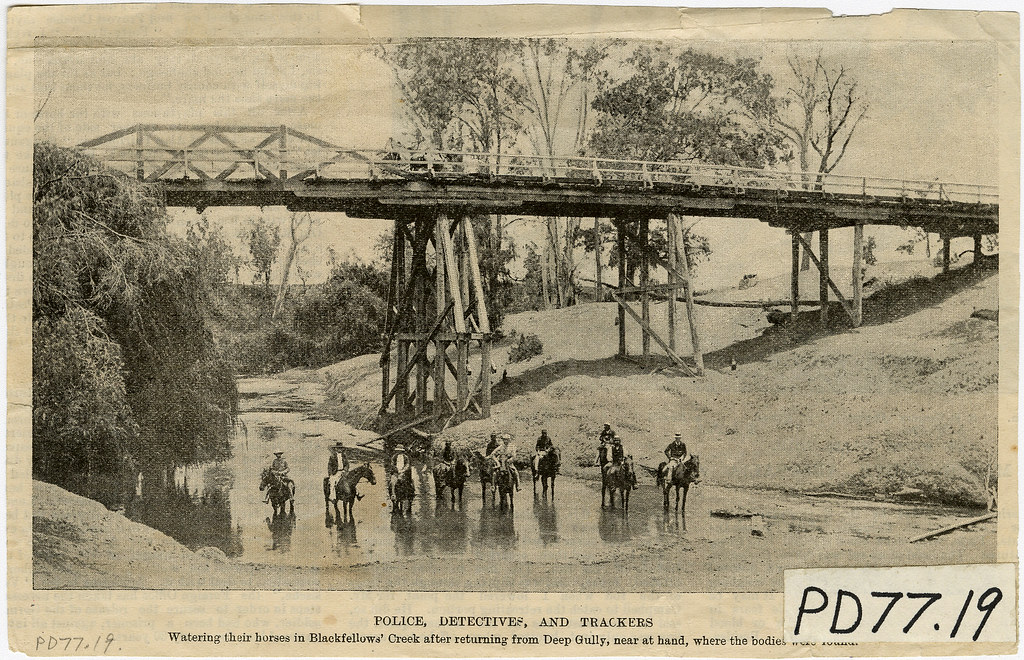 Contained within the archived police files are hundreds of letters from across Australia and New Zealand from members of the community convinced they could help solve the case using their spiritual gifts. Some are simply a few words on a scrap of paper, others go into lengthy detail about possible conspiracies. The police called the correspondence files ‘Astrologers, Dreamers, Theorists, etc’. If you’d like to help contribute to the transcription of these files, please consider helping us here.

Many people signed their own names, some provided only their initials, others remained anonymous or signed off with names such as ‘Gympie Girl’, ‘Justice’, ‘Theory’ or ‘Foe to Violence’. One person went to the trouble of writing in something akin to code in an attempt to disguise their handwriting.

A woman from New South Wales insisted she received the names of the murderers from the ‘Spirit World’ and passed these on. A letter written on the memorandum paper of a George Walker, Boat Builder and Scull Maker, said: ‘… several of us have been investigating the tragedy both normal clairvoyant and trance spiritual …’ Another ‘respectfully’ suggested that if the case remained unsolved by the time their letter was read, the police should obtain the services of a ‘sensitive’ or ‘clairvoyant’.

People who had dreamed about the crime wrote to the police outlining their theories, including details such as the number of perpetrators, their physical descriptions and the type and state of their clothing, and thoughts on where the missing murder weapon or other evidence may be found. 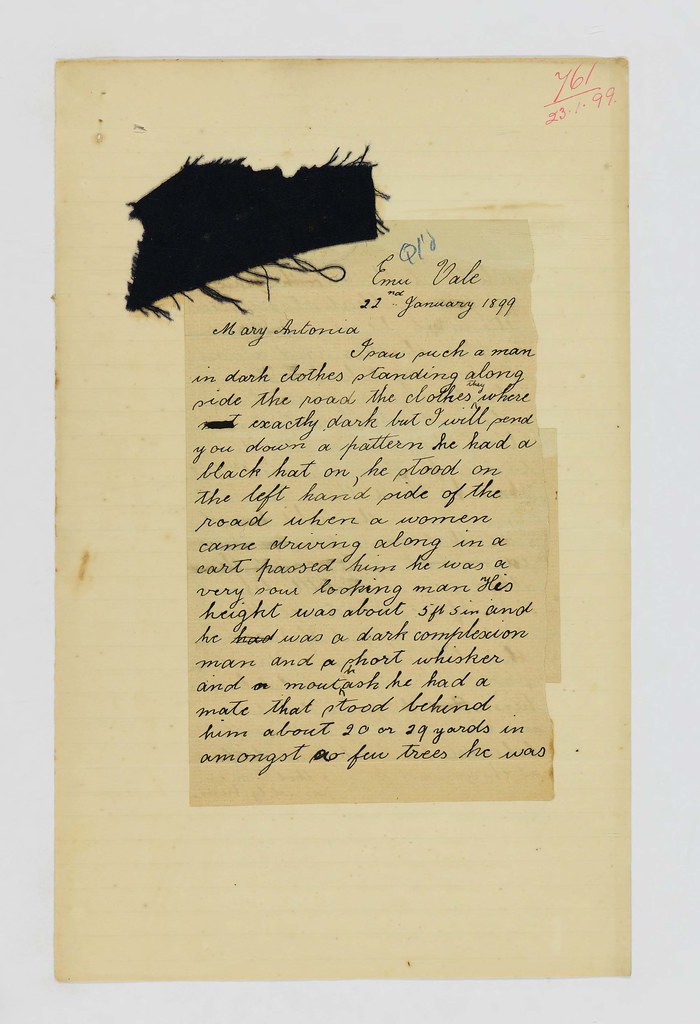 Two of the dreamers even provided drawings of the perpetrators they were describing. One such person, Mrs Ferry from New South Wales also maintained she heard one of the two killers in her dream talk to the other. Mrs Warwick of Brisbane dreamed three men returned to the ‘[Gatton Agricultural] Colledge [sic]’ after the murders and changed clothes; a fourth person disappeared with the clothing, then in her dream she ‘… found the smell of fire …’ 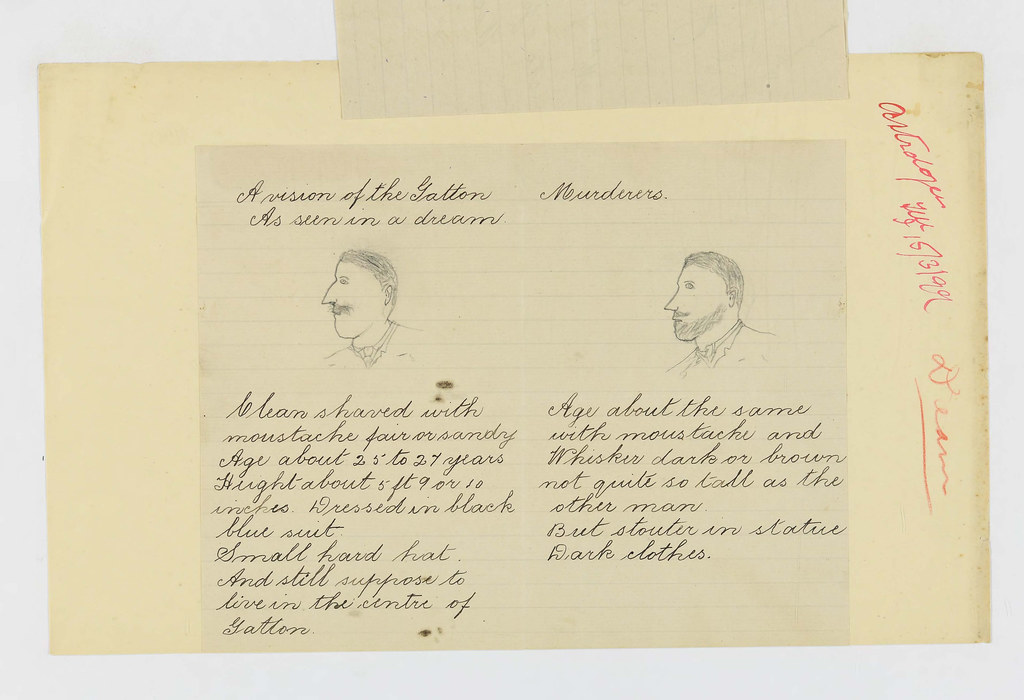 Some people touted special skills to help solve the crime or had supposedly worked out who the killer was by deduction, asking for money before they would help or hand over the information. One amateur sleuth offered to go undercover as a swagman to keep an eye on the locals and report his findings back to the police. Another suggested detectives could dress up in bloodstained or torn clothing similar to the victims, travel to the neighbourhood of the suspected murderer and try to get a confession.

Many theories pointed the finger at William McNeil, the brother-in-law of the murdered trio, citing he wanted more of the Murphy inheritance or he was driven by lust towards one or both sisters. Others suggested the attack was motivated by revenge as there were rumours a local girl was pregnant by Michael but he wanted nothing to do with the woman. Or it was suitors who had not taken kindly to the sisters rejecting them. Random names were offered; priests and even the local police were accused. 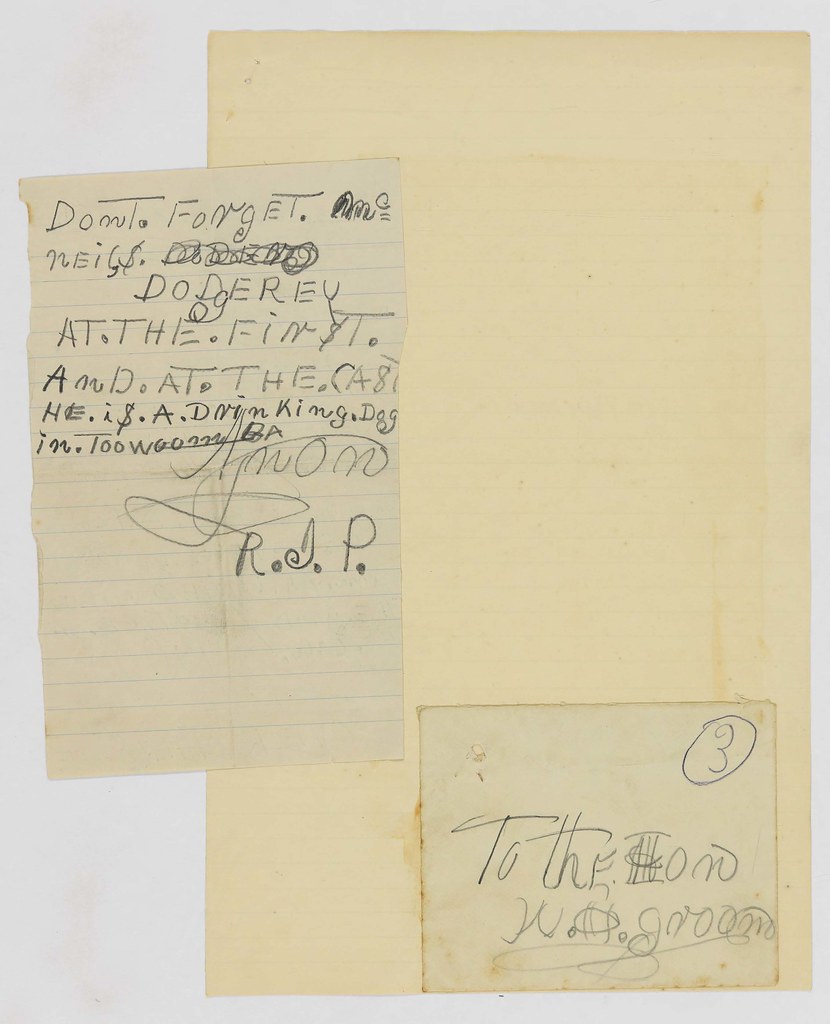 Despite the police reading every piece of correspondence, none of the letters helped solve the crime. More than 1,000 people were interviewed by police during the investigation, yet no-one was arrested. The mystery remains unsolved to this day.

You can find all our records from the Gatton Murder series in the ArchivesSearch catalogue or browse over 250 digitised pages from the file on Flickr. If you’d like to contribute by helping transcribing these letters, please help us here.